I recently started the Zero2Automated Advanced Malware Analysis Course created by @0verfl0w_ and @VK_Intel. So far I’ve found this to be an excellent course and I’m looking forward to completing the rest of it. I would highly recommend it to anyone looking to advance their skills in malware analysis or software reverse engineering! This post details one of the manual malware unpacking activities covered early-on in the course. I learned a bunch of new tricks from this section, so I thought I’d detail some of them here and hopefully showcase one of the many valuable lessons to be learned from this course.

From MITRE ATT&CK: “Remcos is a closed-source tool that is marketed as a remote control and surveillance software by a company called Breaking Security. Remcos has been observed being used in malware campaigns”. This Cisco Talos report does an excellent job of breaking down the malware - and below I’ll show you one example of how to unpack the sample manually with x32dbg. It’s worth noting here that although the Remcos malware is written in C++ this particular sample is packed with a .NET unpacker, meaning that unpacking the malware could also be performed using a .NET debugger like dnSpy

Below are some functions that will prove very useful as breakpoints when manually unpacking malware in a debugger. This isn’t an exhaustive list and as you understand a sample’s functionality better, you can add / remove breakpoints as necessary depending on your intentions.

The following Remcos sample has the Adobe PDF icon but .exe file extension. PEstudio shows that it is in fact a .NET executable, meaning there will be some subtle differences in the way the sample must be unpacked.

We also see the high overall entropy suggesting that this sample is packed with a .NET packer. The sample also contains mostly garbage looking strings and imports aren’t resolved correctly by PEStudio because it’s a .NET assembly

When trying to view unpacked data being written into process memory by setting breakpoints on VirtualAlloc and VirtualProtect, remember that .NET will first call VirtualAlloc in order to check whether memory allocation is possible and only when successful, will it then attempt to actually allocate a buffer with a SECOND call to VirtualAlloc 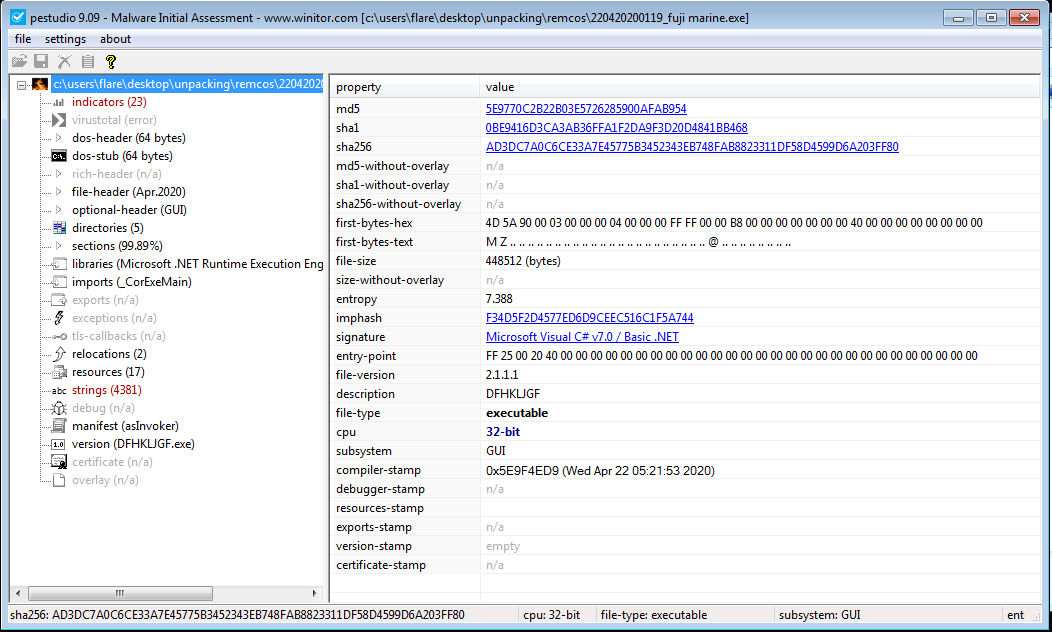 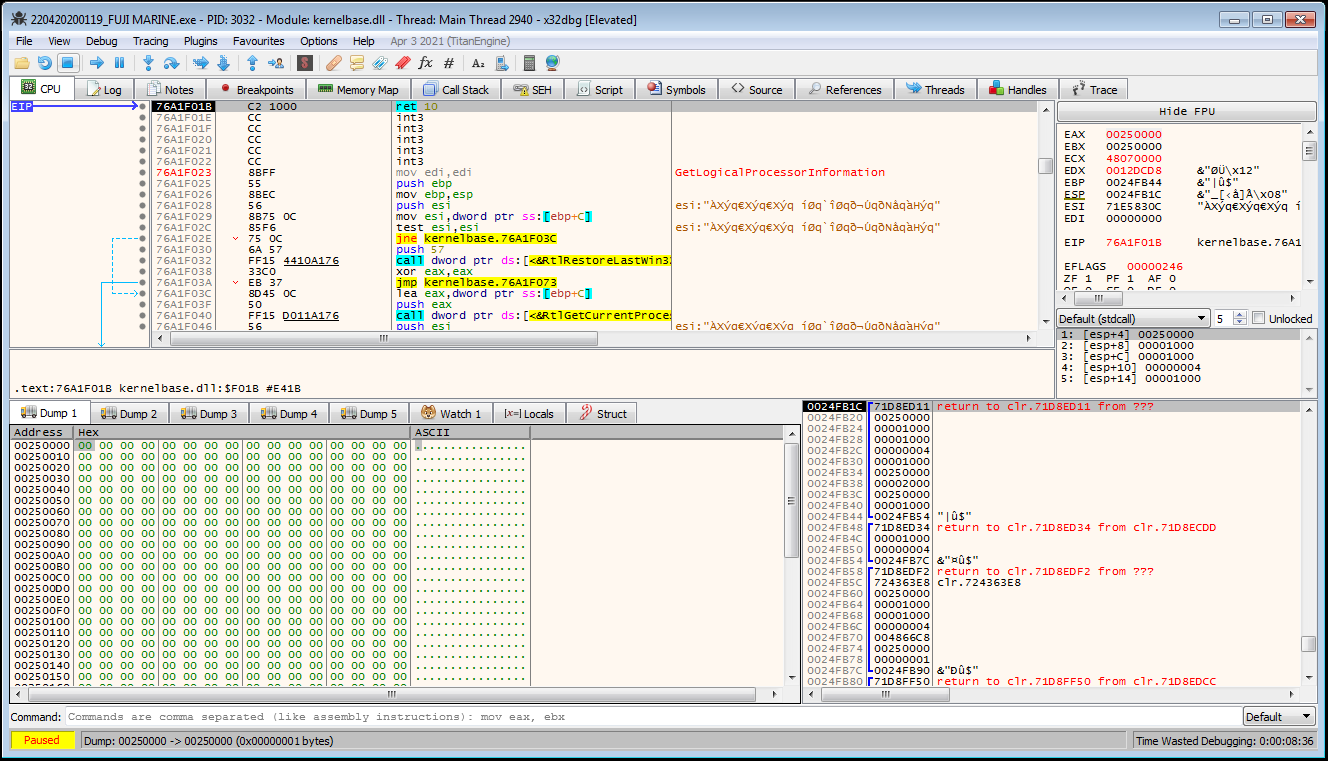 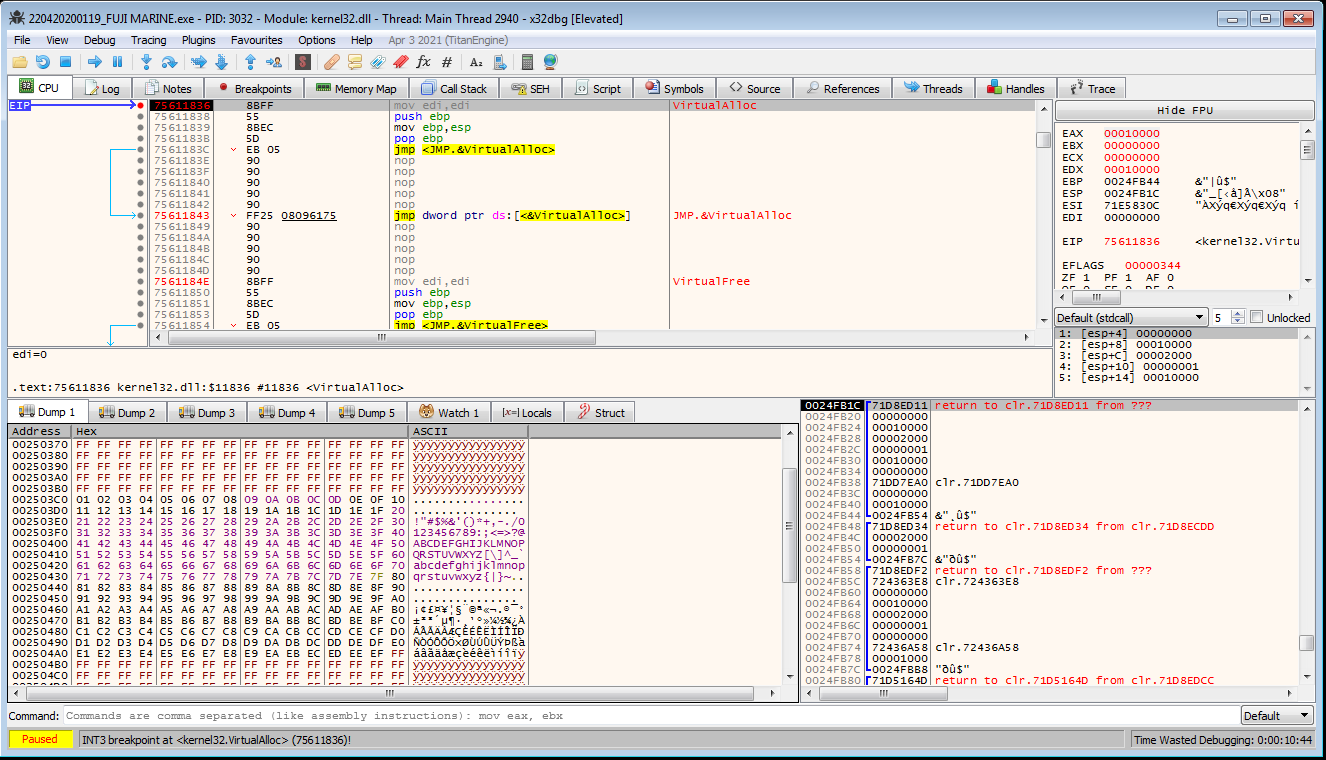 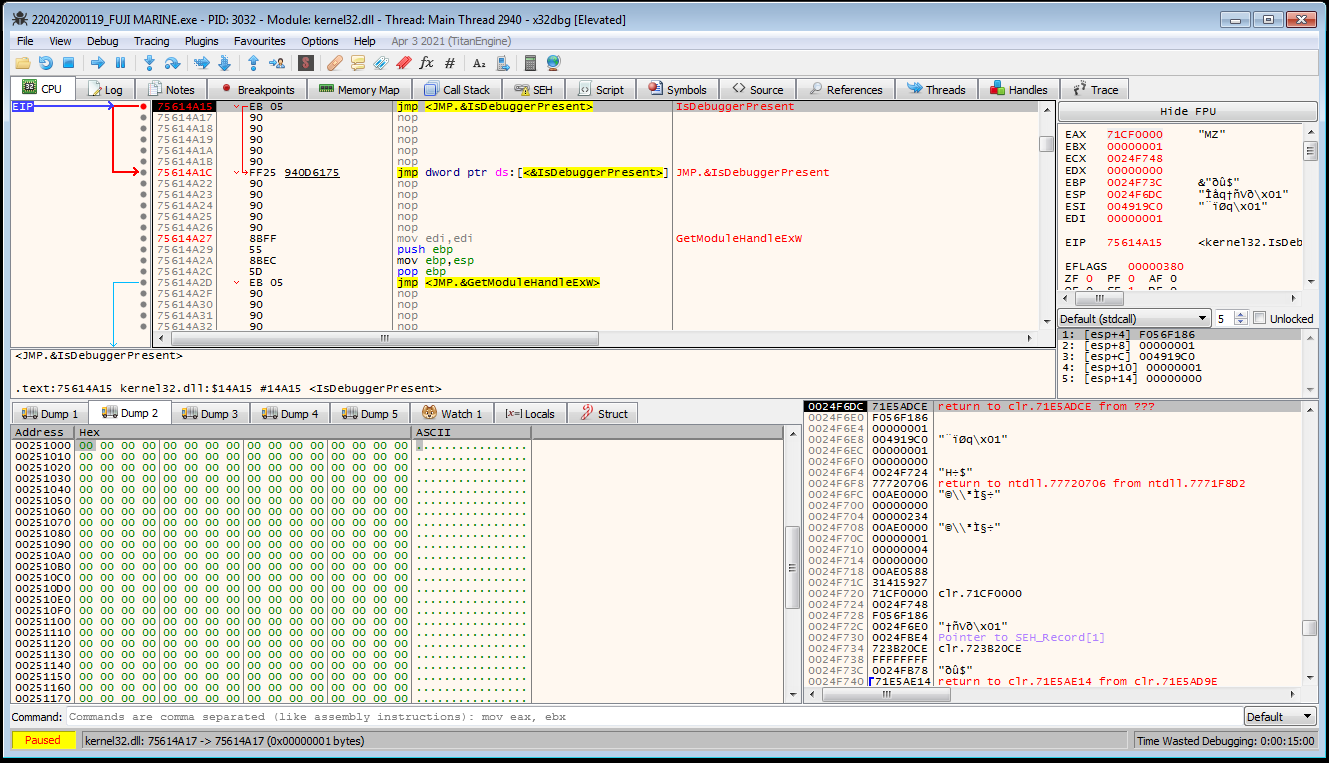 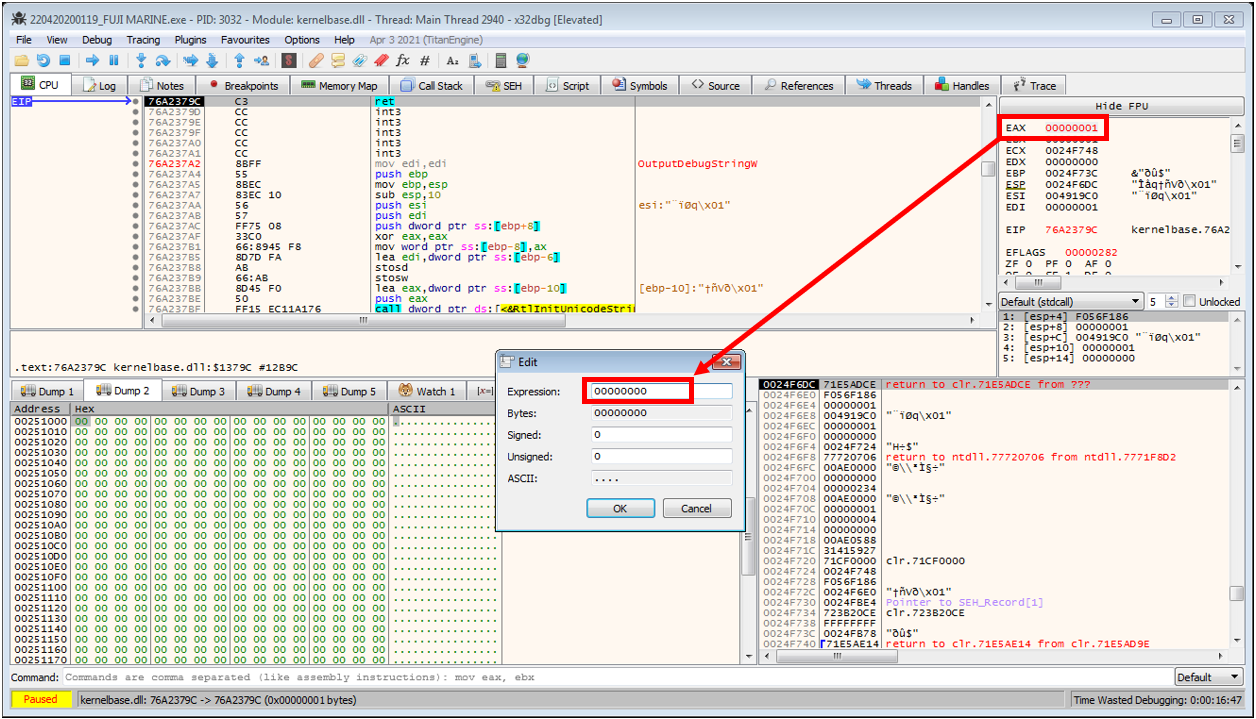 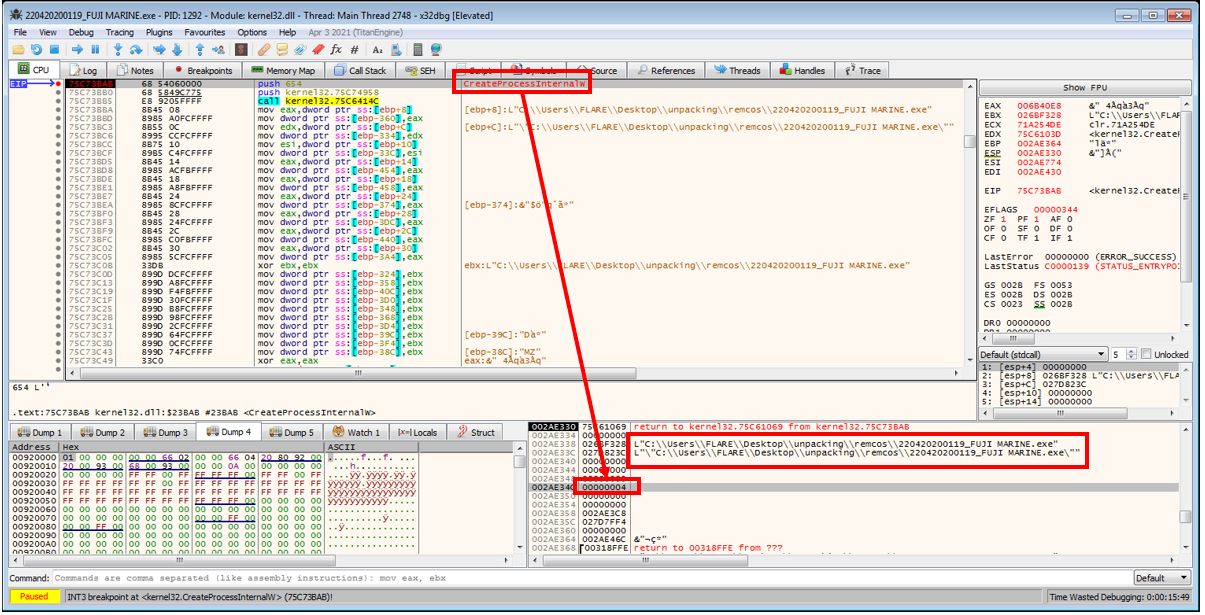 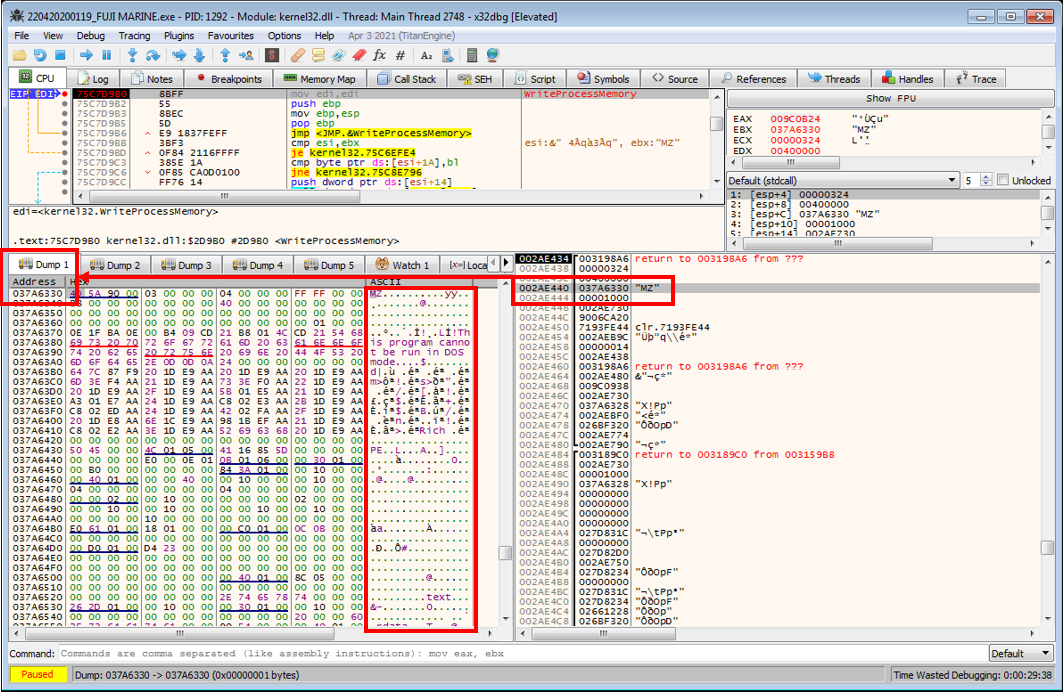 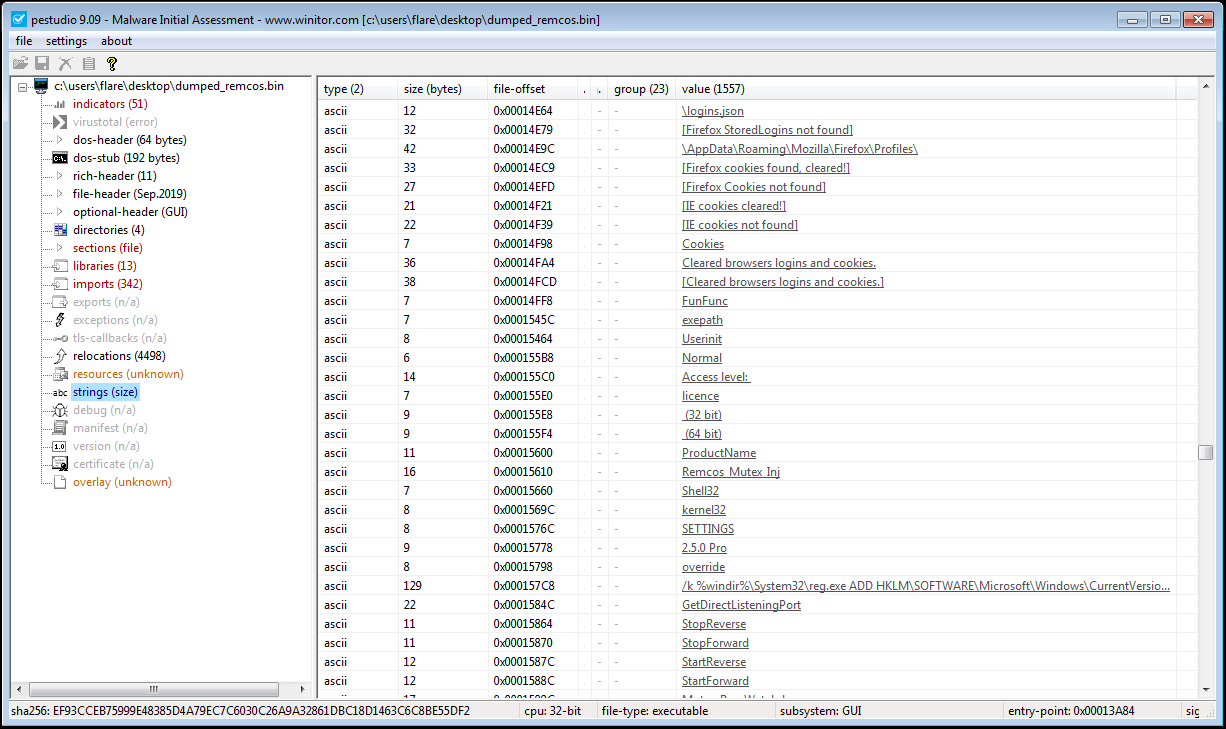 Now that the sample has been successfully unpacked, analysis can begin on the actual remcos malware - which brings us to the end of this post, so thanks for reading!

If you’d like to know more about the course or request content for this blog, feel free to email me at apr4h.ctf@gmail.com.